Last month, Cotton Cuts launched a new product that's SUPER exciting! It's an assortment of die cut pieces including squares, half-square triangles, quarter square triangles, and rectangles. Each of the die cut pieces features one of 4 coordinated prints - so no matter how you put them together, the fabric should still play quite nicely together. The Stitch-It box comes in two sizes: the small offers 250 pre-cut pieces, and the large offers 400 pre-cut pieces. And...each box launches on the 15th of the month, so if you missed this in September, October's boxes are RIGHT around the corner! 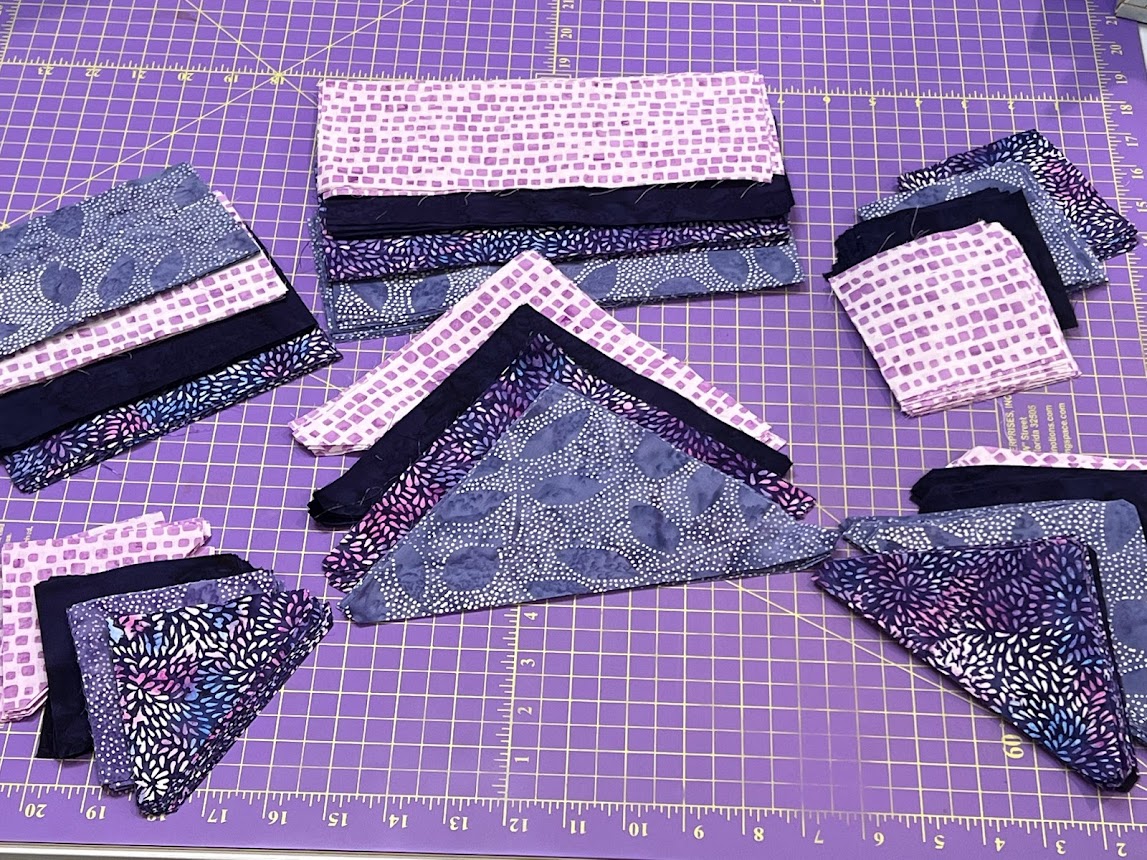 The boxes are shipped without a pattern - so in today's blog post, I want to share a few blocks I was able to make with my box from September. I'm not sure how I'll put them all together just yet - I'm just focused on making pretty blocks, and I'll figure it all out at the end!

For this block, I grabbed a square of each of the 4 prints, 4 quarter-square triangles (medium triangles) of a background print. To make the block, I sewed the 4 squares into a traditional four-patch, and then set it on-point by sewing the long edge of the quarter-square triangles to each side of the 4-patch. Since one of the squares matches the background print, it helps pop the blocky heart shape! 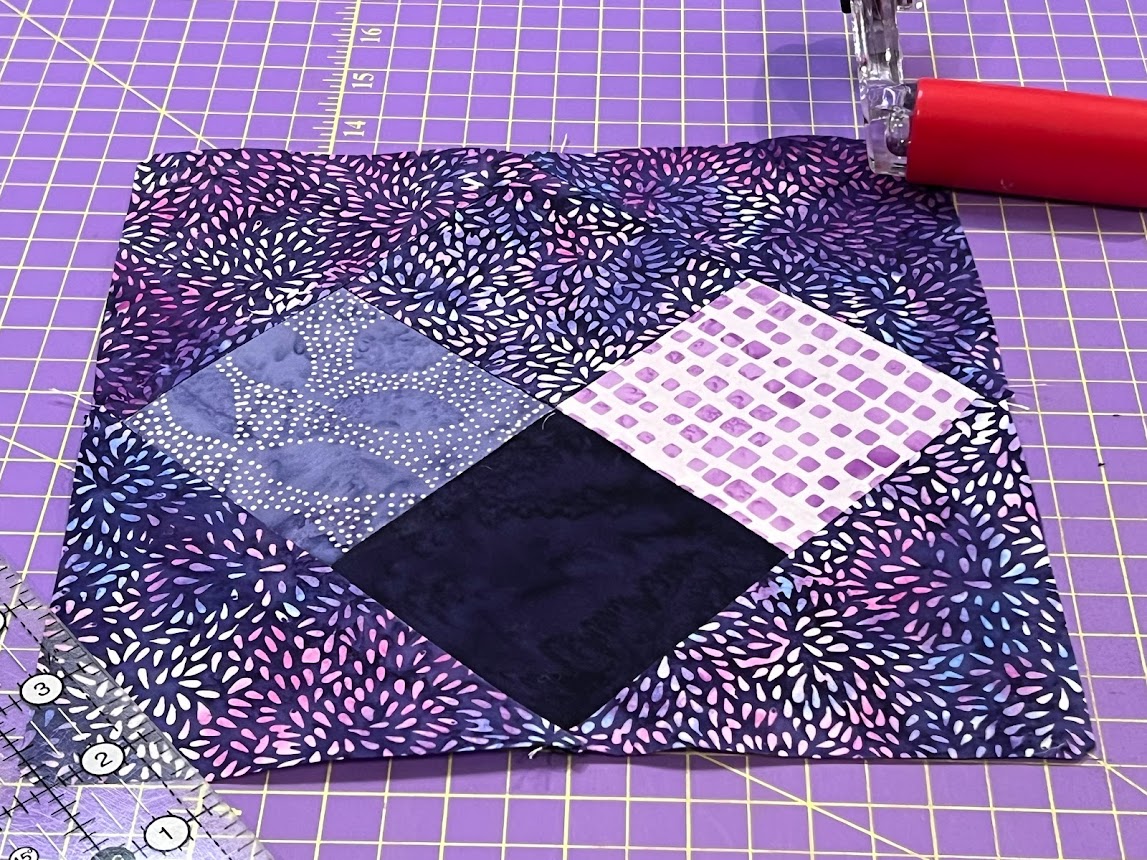 I love the negative space in this block! You'll need 1 quarter-square triangle of each print, then pick a fabric you want to be the background and pull 2 small rectangle prints and 2 large rectangle prints. I sewed the quarter-square triangles into a block by sewing along the short edge of each triangle. Then, I bordered the entire block with the rectangular strips - first sewing on the short ones to the top and bottom of my new block then sewing the long ones onto the left and right side. 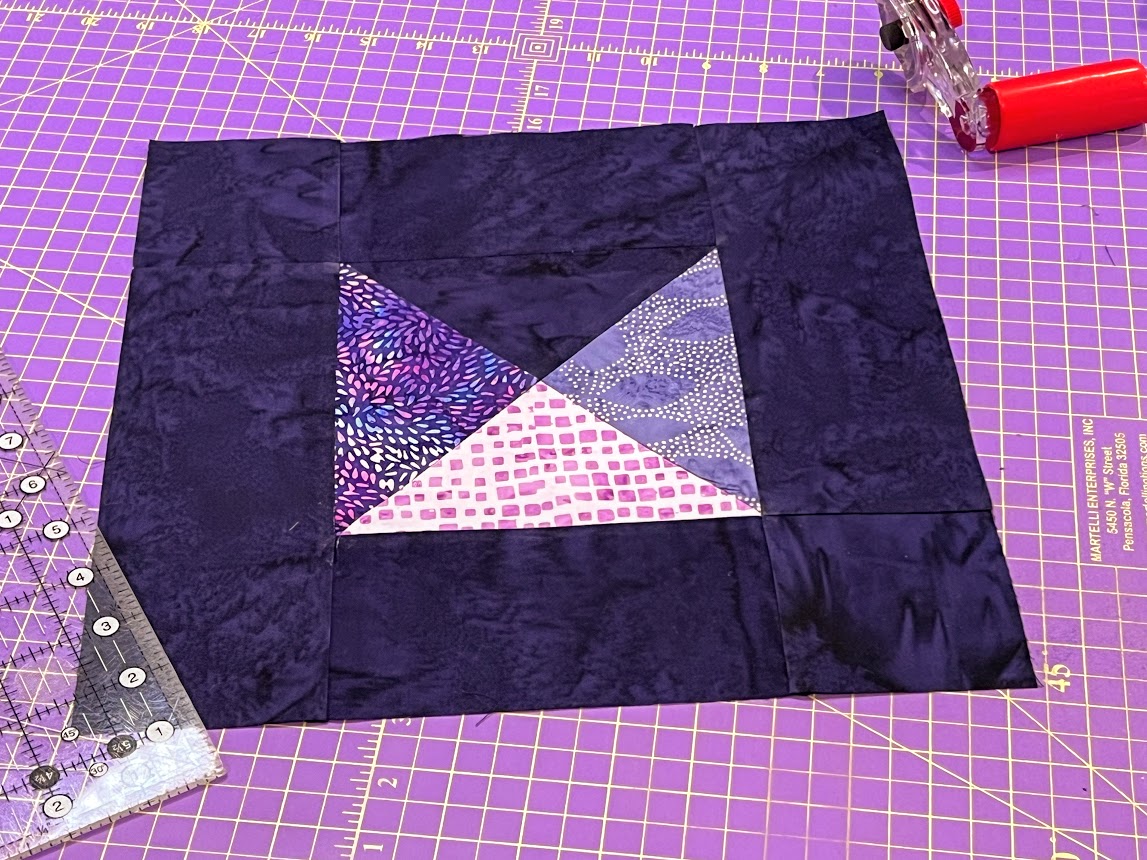 This one may look like I just took the long rectangular strips and sewed them on point (and you can totally do that) - but if you look closely, you'll see that's not the case! To make this one, I grabbed some of the small triangles: 4 from print 1 and 4 from print 2 and I made 4 half-square triangle. Then, I arranged them to look like I made a strip set and sewed them together as a four patch. Next, I grabbed 4 medium triangles from a print that isn't included in the 4-patch and set the entire thing on point by sewing the long edge of the medium triangle to each side of the newly formed 4-patch. 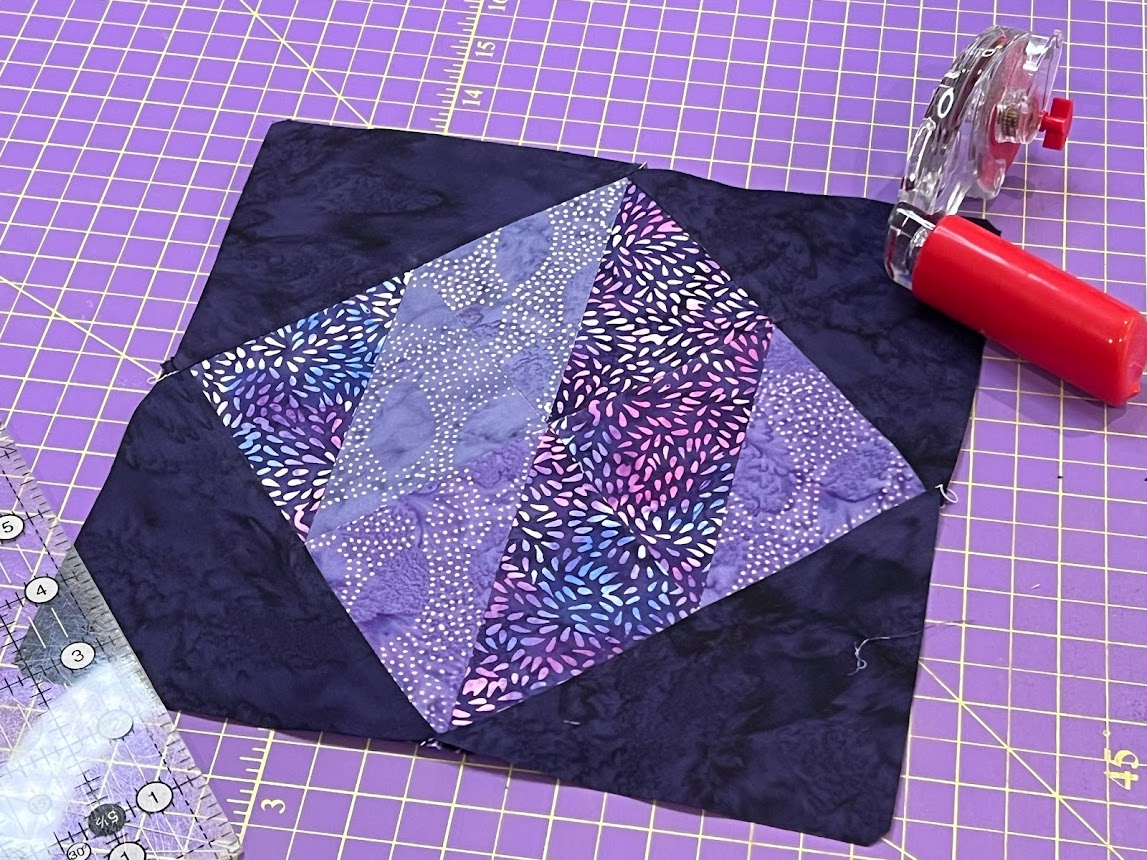 I absolutely love a star block - and this is an easy one to make! First, I made 4 of the same half-square triangle units using 4 of the small triangles from print 1 and print 2 - and sewed those into a four patch so that all of one print was in the center. The result is basically an economy square - or a square on point in another square. That is lovely by itself - but, I decided to go big and add star legs. I decided which fabric would be my 'background' and grabbed 8 small triangles and 4 squares of that fabric. Then, I grabbed 8 more small triangles for the fabric that's featured in the center of the block. I took all 8 of the triangles from each print and made 8 half-square triangle units! All that was left to do is layout the star legs and corner blocks and sew everything together! 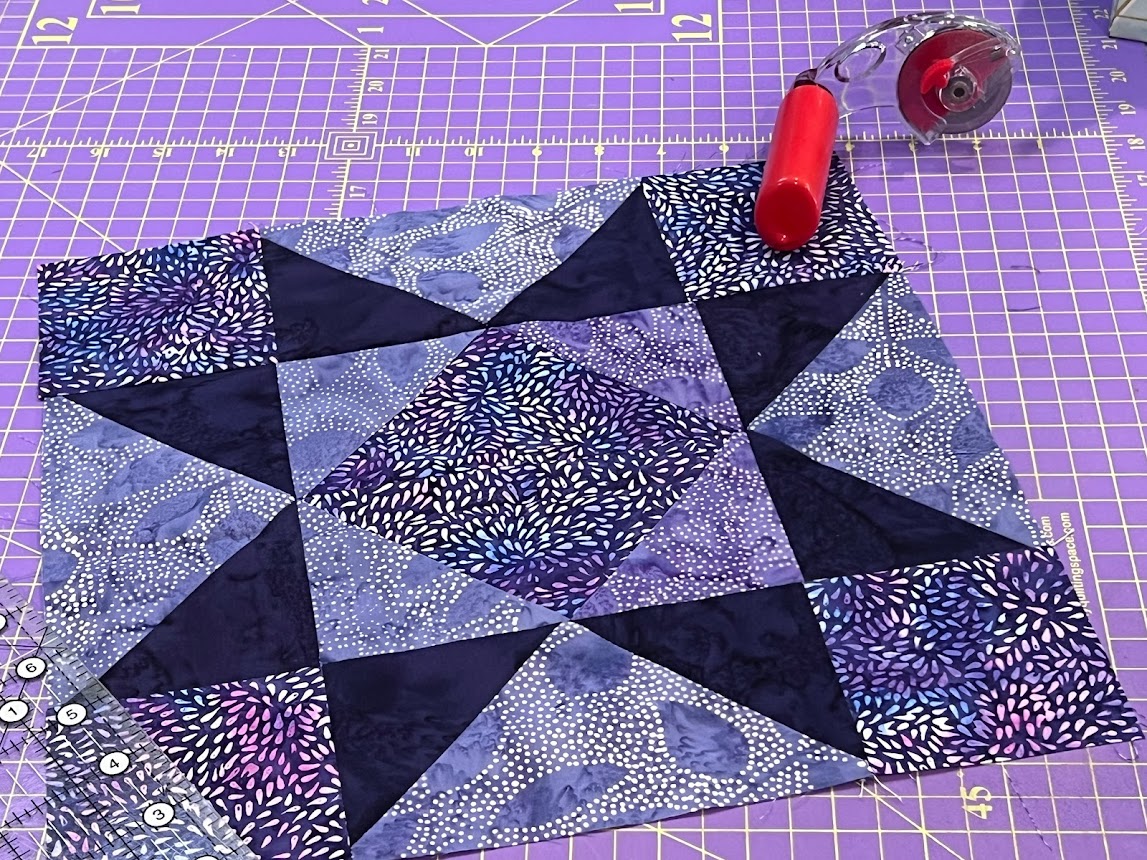 With the Stitch-It box, your imagination is really the only limitation. If you take the 'Stitch-It' challenge this month, I'd love to see what you make in the Cotton Cuts Fabric Facebook group!